Jade Bridge Oyster Sauce is a special product by Desly Foods, available in 160g, 500g and 710g. The sauce is a unique mixture of salty, sweet flavor with a seafood-y blend giving a thick blackish-brown texture. It is purely made from oysters (caramelized oysters), cooked with salt, sugar and soy sauce. The whole mixture is than cooked with corstarch to make it thick.

Jade Bridge Oyster Sauce is commonly used in Chinese, Malay, Vietnamese and Khmem cuisine along with other worldly famous meals.

It is often used in chow mein. Besides， also used in Chinese-American dish like beef with stir-fried vegetables. So it is an amazing choice for flavoring meat and vegetable. The sauce is also used as topping for some dishes. Due to its enhanced popularity in international market it is gradually becoming the part of countless cuisines apart from Chinese such as:

Keep few things in mind regarding the use of oyster sauce.

1.It should be added at the end of cooking because its prolong cooking may result in its lost umami taste.

2.Due to overheating it may lose its flavor and turn bitter.

3.Use less salt when cooking with oyster sauce because it already has a salty taste. If you want to give your meals a unique and mouth watering taste, oyster sauce is the best option. 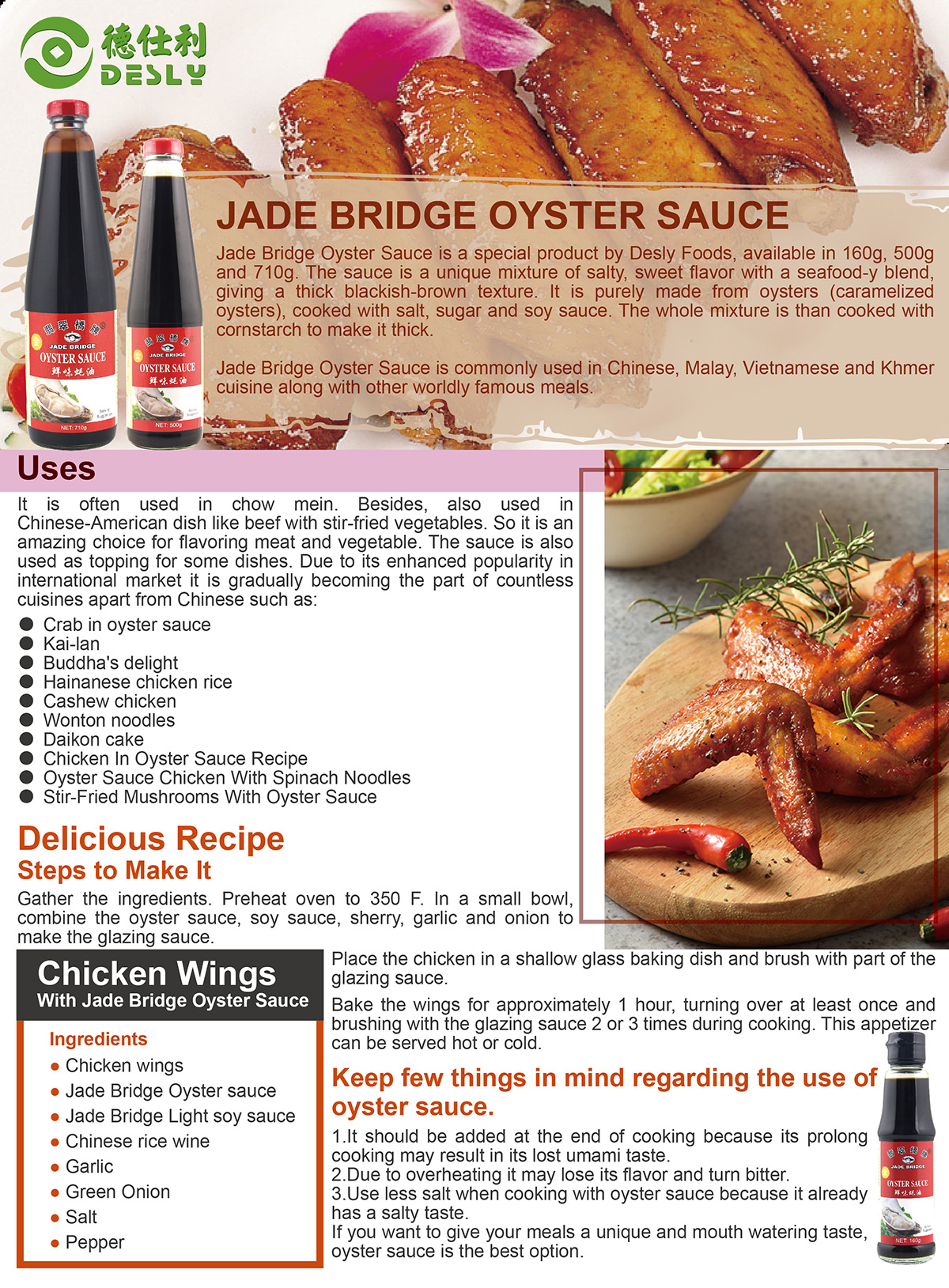